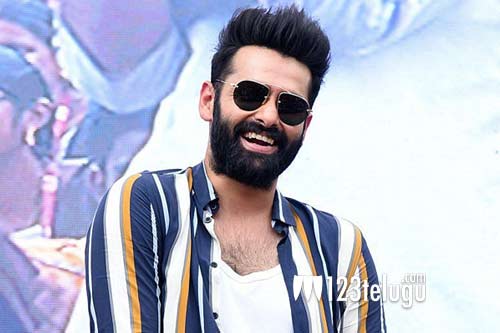 After scoring a huge blockbuster with iSmart Shankar a few months ago, Ram is currently shooting for an intense action thriller, titled Red. The film is an official remake of the acclaimed Tamil thriller, Thadam. For the first time in his career, Ram plays dual roles, and the film will be released in summer next year.

This afternoon, Ram took to Twitter and released a fun video addressing Red’s stunt choreographer Peter Hein. “Your love for me can only be felt..n not seen..just like the PAIN you give me,” Ram tweeted, while also showing his bruises. The actor went on to say that he had just seen the rushes of a fight sequence composed by Peter Hein and that his mind was blown away by the visuals.

Nivetha Pethuraj and Malvika Sharma are the leading ladies in Red. Kishore Tirumala is the director and Sravanthi Ravi Kishore is the producer.