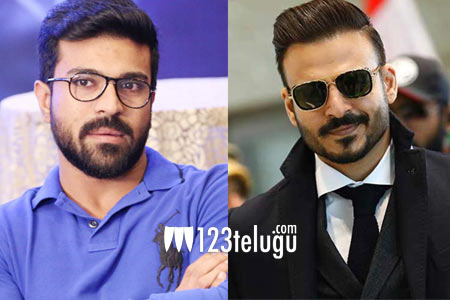 Ram Charan is currently working on a high-budget action entertainer under Boyapati Sreenu’s direction. Bollywood star Vivek Oberoi is playing the chief antagonist’s role in the movie. Now, here’s an interesting update on what both Charan and Vivek Oberoi have been up to during and after the shoot these days.

Both Charan and Vivek are bonding over the ongoing football world cup. Apparently, the duo has watched a few matches together and are even discussing about them. Both of the actors are eagerly waiting for the finals, which will be held on the 15th of July.