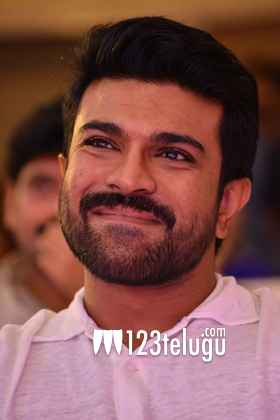 Actor Ram Charan who had taken time off for the wedding of SS Rajamouli’s son Karthikeya in Jaipur is back in Hyderabad. The time off was much-needed, especially since he began shooting for his next with Rajamouli soon after wrapping up Vinaya Vidheya Rama with Boyapati Srinu.

Apparently, the star will now take a break to celebrate New Year’s Eve with family, before getting to business again. His film Vinaya Vidheya Rama is set to hit the theatres for Sankranti and the actor is keen to begin promotions.

He has apparently already chalked out a schedule with his PR team and will be seen interacting with the media pretty soon.