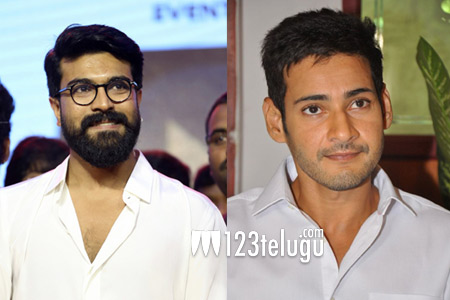 After the likes of Rajamouli, NTR Jr and Sukumar, the latest Tollywood biggie to come out in support of Mahesh Babu’s Bharat Ane Nenu is Ram Charan. The latter was so impressed with the film that he went on to call the film a perfect example of a classic.

Soon after watching the film, Ram Charan took to his official Facebook saying that he loved the subtle yet powerful performance of Mahesh Babu. Besides, he also praised Kortala Siva’s writing and execution, apart from DSP’s work.

Incidentally, Mahesh Babu too was among the big celebrities in Tollywood who went gaga over Ram Charan’s performance in Rangasthalam, and now Ram Charan has done the same for Mahesh Babu’s latest film.