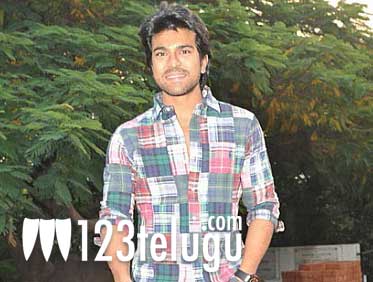 Few days ago, we had reported that Ram Charan Tej’s upcoming film Racha will be shot in stunning locales in China. Charan has already landed in China and a song is going to be shot from tomorrow. Raju Sundaram is choreographing the song and Chandrabose has written the lyrics. Tamannaah is paired up with Charan in this film. Recently, a remix of ‘Vana Vana Velluvaye’ song was shot in Charan and Tamannaah in Hyderabad. Sampath Nandi is directing the film. Paras Jain and NV Prasad are producing the film on Mega Super Good Films banner. Mani Sharma is composing the music for this entertainer.