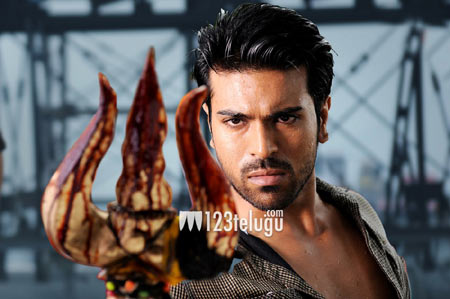 Ram Charan has begun shooting for Vamshi Paidipally’s Yevadu after a brief gap. Last month, the film was shot for few days in Hyderabad and then Ram Charan flew to Europe to shoot a major portion of Naayak. He came to Hyderabad last week and the latest schedule of Yevadu began earlier today in Hyderabad. Some crucial scenes are going to be shot on Ram Charan and Amy Jackson in this schedule. There’s also a buzz that the film unit will fly to Vizag soon to wrap up some more talkie part on Ram Charan and Amy. Samantha, who’s playing the lead role in the film, is going to start shooting in October. This eagerly awaited action entertainer also has Allu Arjun and Kajal Aggarwal in important roles. Dil Raju is producing the film. Devi Sri Prasad is composing the music. The film is expected to hit the screens in summer, 2013.