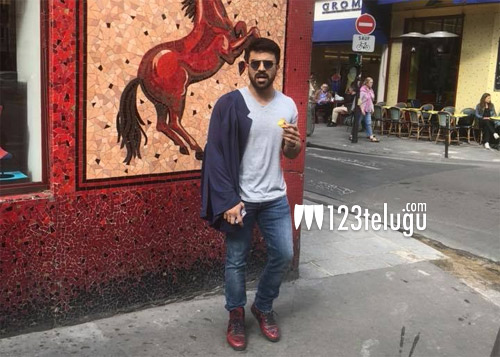 It looks like Europe has become the go-to destination for Telugu film celebrities this summer. Just days after Mahesh Babu went to Spain to spend time with his family soon after the release of Bharat Ane Nenu, Ram too revealed that he is having a blast interacting with locals in Spain.

Now, it turns out that Ram Charan too has taken some time off his hectic schedule to go on a vacation. The actor took to his official page on Facebook to share some pictures of him having a good time in Paris, France.

Few days ago, Ram Charan returned from Thailand where he was shooting for Boyapati Sreenu’s film, along with Kiara Advani. The actor will join the shoot of the film in the next schedule which will begin shortly in Hyderabad.