Ram Charan inspires this actor to develop a six-pack body
Published on Aug 8, 2019 9:04 am IST 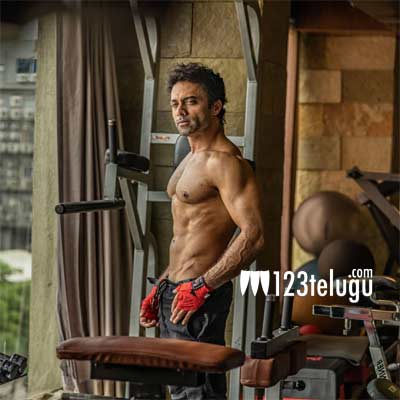 Since the last couple of days, photographs of hero Navdeep showcasing his stunningly chiseled six-pack body have been making a huge splash on the internet. Navdeep followed a strict keto diet and worked out rigorously to achieve a stunning look.

In a latest interview with a popular English daily, Navdeep revealed that it was his Dhruva co-star Ram Charan who inspired him to work on his physical transformation. “Watching how Ram Charan reinvented himself in Dhruva, I felt I too can do it. While working with Charan, I saw how committed he was to his regime and diet, and I got inspired,” Navdeep said.

However, Navdeep won’t be seen in his six-pack avatar in AA19 and Vishnu Manchu-Kajal Aggarwal’s Hollywood film. He is hoping to get some action-packed roles for all the hard work he has put in.