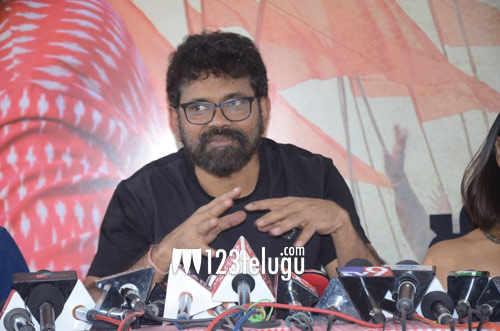 With just hours to go before Rangasthalam releases worldwide, Sukumar has thanked the film’s lead actor Mega Powerstar Ram Charan for taking the character to another level. The director had praised him in the past saying Ram Charan surprised everyone on the sets with his commitment to play the role.

On the eve of the film’s release, Sukumar took to his official page saying, “Thank you Ram Charan for playing the role of Chitti Babu so perfectly! I wish nothing but the best for you and I hope you stay the way you are because we love you so much!” The director also thanked Samantha for her hard work and passion towards the film.

The film is an action drama set in the 1980s. DSP has scored the music and Rathnavelu is the cinematographer.