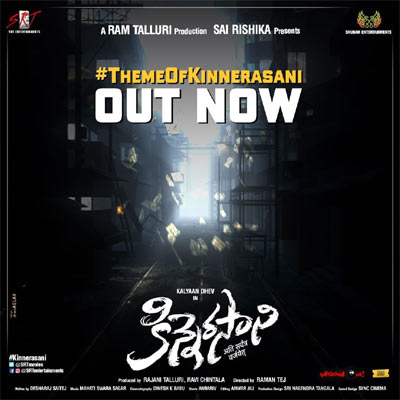 Kinnerasani’s intriguing theme musical video offers a few glimpses of what the film could be about. The photograph of a mysterious young woman and a book titled Kinnerasani pique the curiosity levels. Young music composer Mahathi Sagar’s haunting score is the main highlight of the theme video.

While the makers are yet to come up with an official announcement, it’s almost certain that young Malayalam actress Ann Sheetal will be making her Tollywood debut with Kinnerasani. Ramana Teja is directing the film and Rajani Talluri and Ravi Chintala are jointly bankrolling the film.