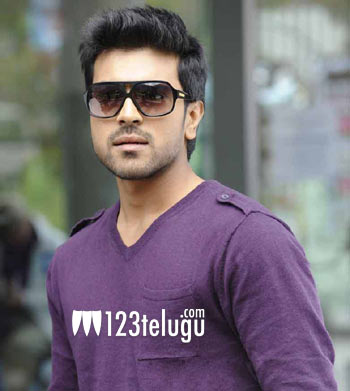 Megapower Star Ram Charan has been roped in as the brand ambassador of ‘Earth Hour’ campaign this year. This worldwide event is the brainchild of WWF (World Wildlife Fund for Nature) and it’s held all over the world to create awareness about conservation of energy. In previous years, actors like Rana Daggubati had endorsed the campaign.

As part of the campaign, Ram Charan has urged everyone to switch off all electric appliances for an hour on March 29 from 8:30 PM-9:30 PM and posted on his Facebook page saying, “I am switching off for Earth Hour.. hope u will too…” Incidentally, Hyderabad is reportedly in the race to be named as the global Earth Hour capital on March 29, as per some reports.

Meanwhile, Ram Charan, who was shooting for Krishna Vamsi’s upcoming family entertainer in Kanyakumari, has come back to Hyderabad after wrapping up the schedule. Kajal Aggarwal is the lead actress and the film also stars Srikanth, Kamalinee Mukherjee and Raj Kiran in important roles. Bandla Ganesh is producing the film.