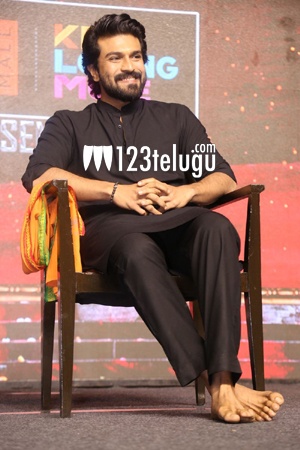 Chiranjeevi and Ram Charan starrer Acharya is slated for a grand theatrical release this Friday, worldwide. Directed by Siva Koratala, the movie has Pooja Hegde as the leading lady.

In a recent interview, Ram Charan revealed his favourite scene in the movie. It is none other than the iconic shot where Chiru and Charan stare at Leopard on the other side.

Talking about the scene, Ram Charan said that he initially didn’t see the Leopard on the other side when Siva Koratala asked him to act in the last scene for the day. He said that he thought it was a montage shot between him and his dad. Siva explained the actual shot once it was captured and surprised Charan.

Produced by Konidela Production Company in collaboration with Matinee Entertainment, the movie has Sonu Sood as the antagonist. Manisharma has composed music for this action drama.