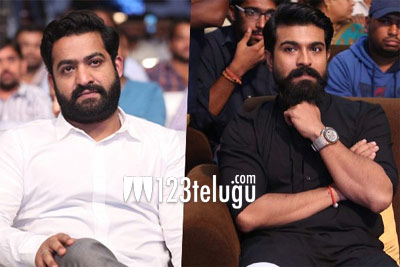 Thanks to Rajamouli’s RRR, star heroes, Ram Charan and NTR have struck a superb bond with each other. The bonding between them has become super strong and they have set a good example for the fans.

Speaking in an interview recently, Ram Charan said that NTR is like an explosive who is always active on the sets and when he is not around, everyone misses him a lot and he feels lonely.

This clearly shows how close these two heroes have become in real life. The audience is waiting to see both these heroes unleash their chemistry on-screen in RRR which is being produced by Danayya.