Ram Charan shares a BTS image of his favourite scene from RRR
Published on Apr 7, 2022 1:32 am IST 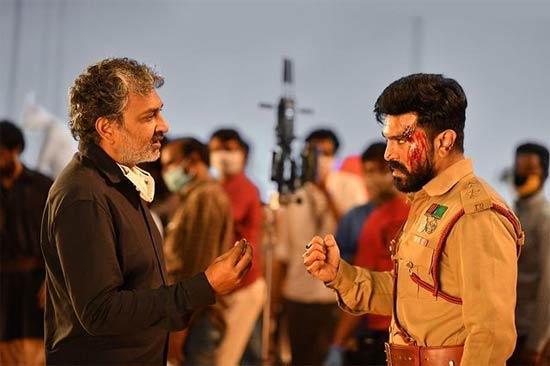 There is no need to say the rampage of SS Rajamouli’s RRR at the global box office. Having Jr NTR and Ram Charan in lead roles, the magnum opus became a sensational hit and also raked in good numbers.

Star actor Ram Charan, who played Alluri Seetharama Raju in the biggie, took to his Instagram profile and shared a BTS (Behind The Scenes) picture from RRR. He also wrote that the picture is from one of his favourite scenes in the film. Going by the picture, one can get to know that the photo was taken while shooting the interval fight.