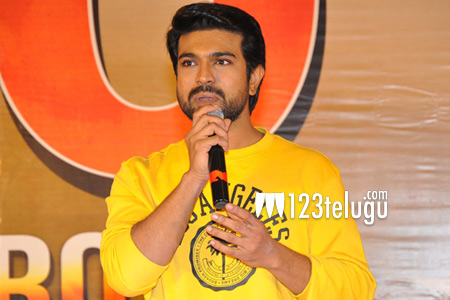 Rangasthalam has been declared a roaring hit all over. The thank you meet was held in Hyderabad today and the entire team except for Samantha attended the event.

Speaking at the event, Ram Charan thanked Sukumar for trusting in his acting capabilities and mounties such a different project on his shoulders.

He also added that such huge hits are quite necessary for the industry and producers like Mytri Movie Makers should come forward and make even bigger films.

Charan ended by saying that he only accepts films which challenge him as an actor and he is immensely happy with the way Rangasthalam is being appreciated at the box office.