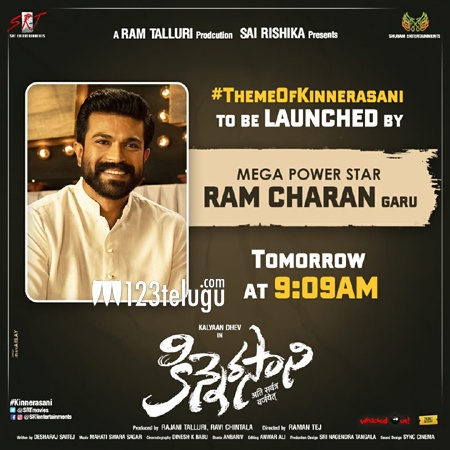 According to the latest updates, Kalyaan Dhev’s brother-in-law and star hero Ram Charan will be unveiling the ‘Theme of Kinnerasani’ tomorrow (Feb 11) at 9:09 AM. The film is being directed by Ramana Teja and produced jointly by Rajini Talluri and Ravi Chintala. Mahathi Sagar is the music composer.
Attachments area