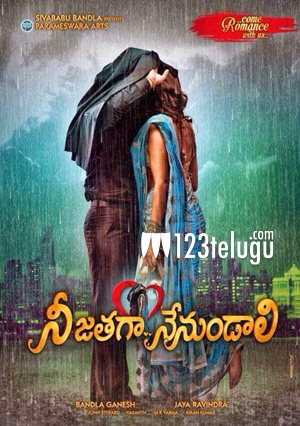 It is a known fact that star producer Bandla Ganesh will be producing the Telugu remake of the blockbuster Hindi film Aashique 2. Titled Nee Jathaga Nenundali, this film has completed its shoot, and the makers are planning to launch its audio on the 14th of this month.

Yet another report that is making the rounds is that mega power star, Ram Charan might be the chief guest for this audio release. The audio would be released in Novotel Hotel Hyderabad, and eminent film personalities would be attending this event.

Nee Jathaga Nenundali has Sachin and Nazia in lead roles, and Ravindra of Bumper offer fame is the director.