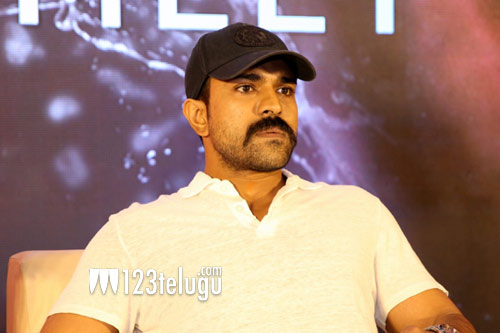 Hero Ram Charan is currently acting in Rajamouli’s ambitious multi-starrer, RRR. Charan will wrap up his part in this period magnum opus by December this year or January early next year. Meanwhile, they have been several speculations about Charan’s next project after completing RRR.

If the latest buzz is anything to go by, Charan maybe reuniting with star director Vamshi Paidipally for his next film. Apparently, Vamshi, who is giving finishing touches to Mahesh Babu’s Maharshi, had met with Ram Charan recently and narrated him a storyline. Impressed with the idea, Charan had reportedly asked Vamshi to come up with the full script to take the final call.

It’s well known that both Charan and Vamshi had first teamed up with each other for the 2014 hit action thriller, Yevadu. If things materialize as being speculated, their second movie may go on floors early next year. Stay tuned for an official confirmation.