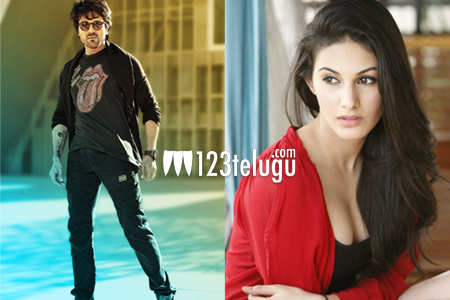 We already reported that Ram Charan will play the lead role in the Telugu remake of the recent Tamil smash hit, Thani Oruvan. DVV Danayya will produce the film and the director is yet to be confirmed. It is heard that a hotshot filmmaker’s name is under consideration.

As per the latest buzz, ravishing Bollywood beauty Amyra Dastur is in talks for the female lead’s role in the film. An official confirmation is yet to be received from the makers. The film is expected to go on floors in a couple of months. Keep watching this space for more updates on this.