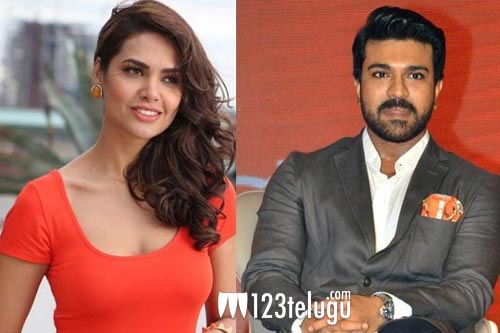 For the last few weeks, the makers of Ram Charan and Boyapati Srinu’s upcoming Sankranthi entertainer, Vinaya Vidheya Rama, have been scouting for the right actress who will shake a leg alongside Charan in a special song. It looks like the search has come to an end at last.

The latest reports reveal that Bollywood actress Esha Gupta has been roped in to sizzle in the special song along with Charan. Apparently, the song will be a party number and it will be shot in a specially erected pub set at Annapurna Seven Acres. The song’s shoot will begin on December 14 and it will be wrapped up in 3 days, before the unit moves on to the last song.