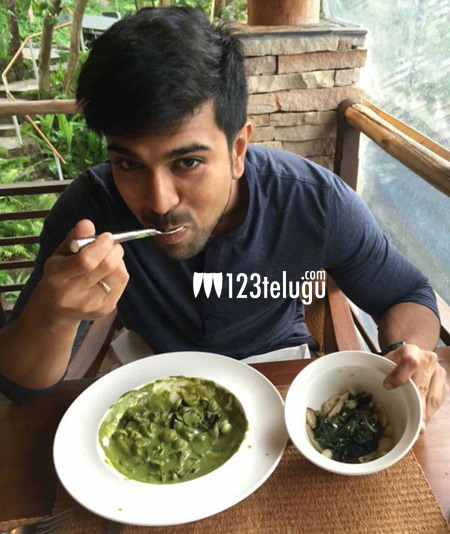 We had already reported that star hero Ram Charan will be seen in a special look for his upcoming action entertainer Dhruva. Charan is already training for the film and is taking special care of his diet too.

Latest update reveals that he has turned vegetarian for the film and is on a special diet. A special trainer has been appointed to take care of Charan for his look in the film. This news was revealed by Charan himself on his Face Book page.

Charan will be seen in the role of a police officer in the remake of the Tamil super hit Thani Oruvan. Surnder Reddy directs this project.