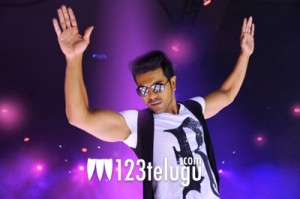 The post production activities of Ram Charan’s upcoming film Naayak are on full swing. The film’s shooting was recently wrapped up after a song featuring Ram Charan and Charmee was shot in Hyderabad. Kajal Aggarwal and Amala Paul are playing the lead roles in this film and Ram Charan will be seen in dual roles. For the past few days Ram Charan had been dubbing continuously for the film and he has finished his part in the film. V V Vinayak is directing the film and DVV Danayya is producing the film.

Talking about the film, DVV Danayya said, “We are extremely happy with the response for the film’s songs and teasers. Ram Charan’s acting and dances will be a major highlight in the film. In the past, V V Vinayak’s Tagore starring Chiranjeevi was a blockbuster and we are confident that Naayak will also create such records at box office.” The music scored by Thaman has become a major hit with the masses. Chota K Naidu is the cinematographer. Akula Shiva has written the story and the dialogues. The film is slated for release on January 9.