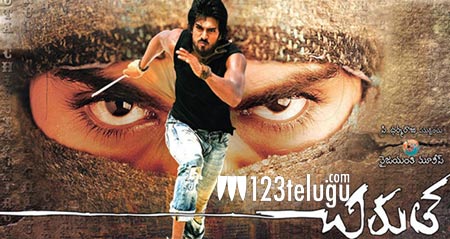 In a pleasant surprise to all the Tamil fans of Ram Charan, the actor’s debut film, Chirutha, is dubbed in Tamil after more than a decade of its release in Telugu. Titled Chiruthai Vettai, the film is hitting the screens across Tamil Nadu tomorrow.

Chirutha was directed by Puri Jagannadh and produced by senior filmmaker Ashwini Dutt. The film launched Ram Charan as a true heir to his father, Megastar Chiranjeevi. Neha Sharma was the film’s leading lady. The film released in Sep, 2007 and it was a decent grosser at the box-office.

The fact that there are no big Tamil releases this week due to the ongoing protest by the TFPC may work in Chiruthai Vettai’s favor. PK Studio banner is releasing the Tamil version