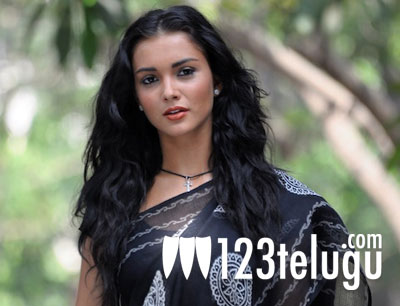 Amy Jackson, who”ll soon be seen opposite Ram Charan in Yevadu, apparently loved animals so much that she decided to adopt one. Unlike most others who prefer dogs or cats, Amy has in fact adopted a dolphin. Talking to a leading newspaper, she revealed, “I fell in love with dolphins when I had gone to Mexico for New Year and in fact, I swam with them in the open sea. So, I decided to adopt a dolphin named Smoothie as a part of my birthday celebration.”

Amy Jackson, who hails from England, has adopted this dolphin through an WWF initiative which aims to protect dolphins off the coast of UK. Meanwhile, Amy Jackson is busy travelling these days and of late she has been spending quite a lot of time in Mumbai and Kashmir. She’ll soon join the cast of Yevadu in April to shoot for a song and after that she’ll begin shooting rest of the portions of her upcoming bilingual film Manoharudu opposite Vikram.