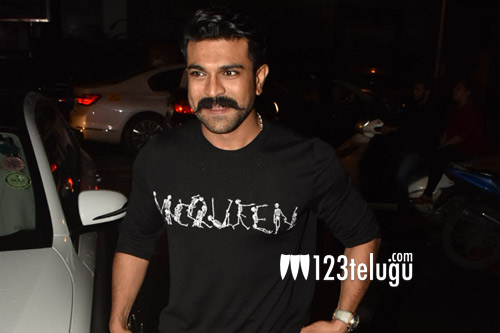 Actor Ram Charan has been busy prepping up for his role in RRR and what everyone has been waiting to see is how he will fit himself into the period film portion where he plays Alluri Seetharama Raju.

And even though it might take a while to spot the actual avatar, the actor gave a glimpse into his look as he was spotted and clicked by paparazzi in Mumbai, leading to excitement from fans. The star was catching up with his Vinaya Vidheya Rama co-star Kiara Advani a day ahead of her birthday.

Donning a curled moustache and a well-built body, the actor kept it casual in his attire. But people didn’t dail to notice the new look!