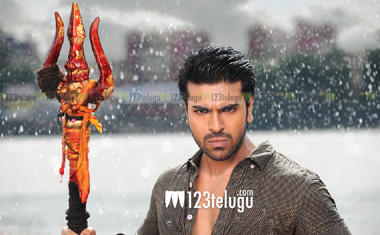 Ram Charan’s upcoming film Naayak is currently being shot in Ramoji Film City. Kajal and Amala Paul are playing the lead roles in this action entertainer in which Ram Charan is playing a dual role. Last month, the film was extensively shot in Iceland and then in Slovenia. The new schedule began recently in Hyderabad and some scenes are being shot on Ram Charan and Amala Paul. Buzz is that the schedule will go on till October 10. V V Vinayak is directing the film and DVV Danayya is producing it on Universal Media banner. Thaman is composing the music. The film is slated for release for Sankranthi, 2013.