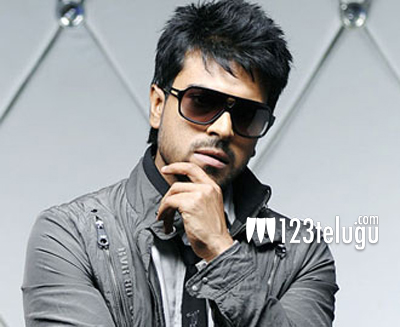 Megapowerstar Ram Charan is back in town after shooting for a couple of songs in spectacular locations in Spain and Italy. After a short break, the next schedule will take place in Hyderabad in which several crucial scenes will be canned, involving the principal cast in the film.

Tentatively titled My Name Is Raju, the film is being directed by Srinu Vaitla and Ram Charan is rumoured to be playing a stunt man’s role. The film will feature never seen before stunts performed by Ram Charan and even his dances are expected to thrill the fans.

Senior producer DVV Danayya is producing the film and Rakul Preet is paired up with Cherry. Kona Venkat and Gopi Mohan penned a solid script and SS Thaman is the music composer. The film will release on 15th October as a Dasara treat for Mega fans.