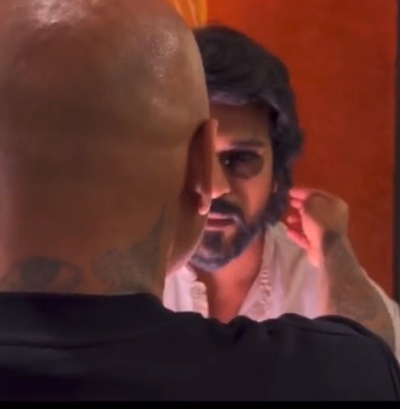 Mega Powerstar, Ram Charan is currently shooting for his next with sensational director Shankar. The maverick director is known for presenting his heroes in a different manner and fans want to see what Shankar will do with Ram Charan.

Today, Charan’s stylist, Aalim Hakim took to his Twitter handle and tweeted a short video. We can see the pre-look of Ram Charan in which he looks so handsome and stylish with his new hairdo.

This video is now going viral on social media.The shooting of the movie is right now taking place in North India. Dil Raju is producing this prestigious PAN Indian movie.

Kiara Advani is playing the female lead and Thaman is composing the music. Makers are yet to title the movie.

For Our Super Duper @AlwaysRamCharan 🔥🔥🔥