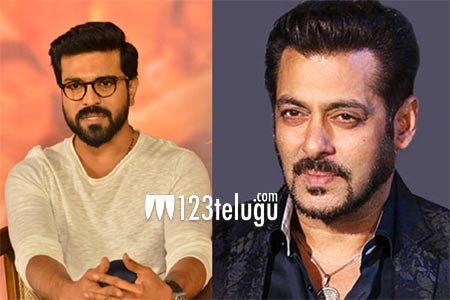 Many do not know that star hero, Ram Charan shares a very close relation with Superstar Salman Khan. The Bollywood superstar is in the news as his new film Bharat has created a sensation with its trailer.

Now, the news is that Ram Charan will be giving a voice over in the Telugu version of the trailer. Bharat will also release in Tamil and Telugu along with the Hindi version.

Bharat has Katrina Kaif as the female lead and is up for an Eid 2019 release. As of now, Charan is getting some good rest after injuring his ankle during the shoot of RRR.