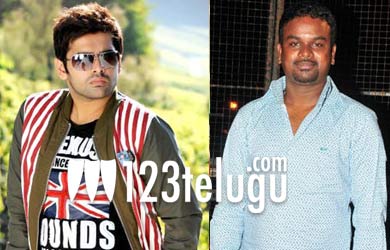 Youthful hero Ram has confirmed his next project. The movie will be directed by Bommarillu Bhaskar and BVSN Prasad is going to produce this project. The news was announced by Ram himself. We reported a few weeks back about this development and Ram’s statement confirms what we said.

The movie is said to be a romantic action entertainer and Ram is reportedly extremely impressed with the story-line.A popular actress has been approached to play the lead role opposite Ram and more details will be available soon. Ram is currently busy with the work of his film ‘Endukante Premanta’ in Karunakaran’s direction.