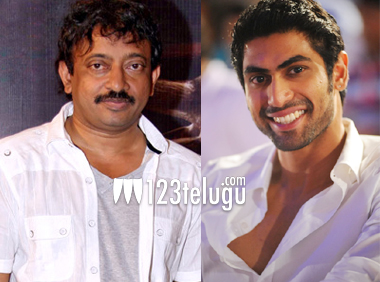 Maverick director Ram Gopal Varma, is churning out films one after the other. He manages to create quite a sensation with his unique star cast and next to work in his direction is none other than Rana Daggubatti.

If the current reports are to be believed, Ramu is all set to direct Rana in a film titled Golusu. Apparently, the film will be set amidst gang rivalries and might go on floors soon. Rana is currently shooting for his Hindi flick Baby alongside Akshay Kumar. Keep watching this space for more details on this project.