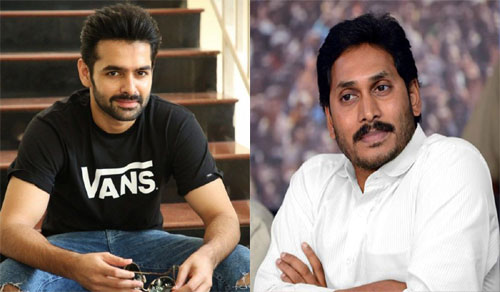 It is a known fact that the famous Ramesh hospitals in Vijayawada and Guntur belong to hero Ram’s family. A few days back, a noted hotel in Vijayawada, Swarna Palace caught fire, and 10 people died whereas many were injured.

The hotel was turned into a COVID center and was being managed by Ramesh Hospitals when this incident happened. Ram’s uncle and the hospital’s chairman, Potineni Ramesh has been missing ever since the accident happened.

Now, when so much is being said and some top names are being interrogated, hero Ram has made some sensational tweets calling all this as a conspiracy. Ram in his tweets has requested YS Jagan to investigate this as soon as possible and solve the issue.

HAD THIS FIRE ACCIDENT TAKEN PLACE 3 weeks earlier when it was RUN by the GOVERNMENT, WHO WOULD THEY BLAME? pic.twitter.com/ISzT0GFf8k

I doubt there’s a HUGE CONSPIRACY to show the CM of AP in bad light.I request @ysjagan garu to look into it as a few people under him might be doing this without his knowledge.This is causing huge damage to his reputation & Honest approach,amongst all of us!