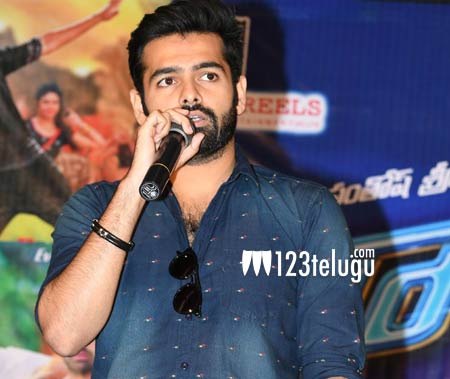 Energetic hero Ram is happy with the way his film has been appreciated all over. Speaking at the success meet the young hero said that his film is not only for the masses as projected but is a complete family entertainer.

Adding further he also said that the importance of government officials have been shown in a superb way and the response that has been coming in from family audience is just superb. Directed by Santosh Srinivas this film is produced by 14 Reels Entertainments.