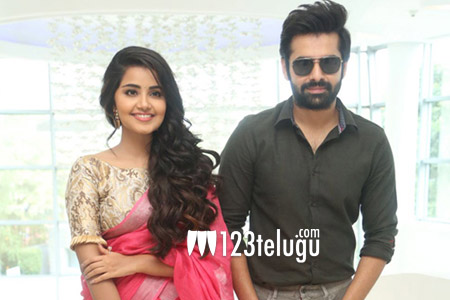 As per the latest reports, happening young Malayalam beauty Anupama Parameswaran is in talks for the leading lady’s role in this film. Incidentally, Ram and Anupama were seen together in their last Telugu release, Vunnadhi Okate Zindagi and their on-screen chemistry was a huge hit with young audience. Also, Anupama was the leading lady in Dil Raju’s national award-winning family entertainer, Shatamanam Bhavathi.

Versatile artiste Prakash Raj will be essaying an important role in the movie. The film’s regular shooting will kick-start in March.