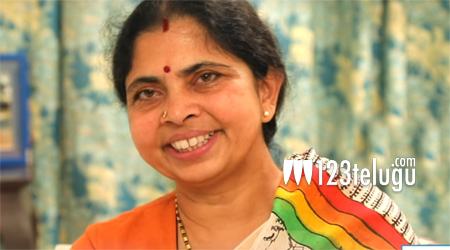 It is known fact that ace director, SS Rajamouli’s better half, Rama Rajamouli handles costumes for every film of Rajamouli. She is also getting a good appreciation for her work in all these films.

In a recent media interaction, Rama revealed that she never did any formal course in fashion designing and took it up only for Rajamouli.

Rama also said that she concentrates on whatever work is given to her and enjoys doing it without taking any pressure.

Meanwhile, Rajamouli’s latest offering Baahubali 2 is gearing up for April 28th release. The film will be simultaneously released in Telugu, Tamil, Hindi and Malayalam languages.