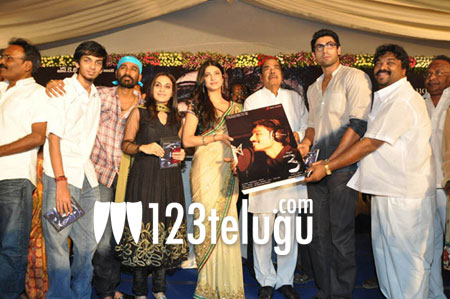 Movie Moghul Dr.D.Ramanaidu launched the audio album of the Telugu version of Dhanush’s upcoming film ‘3’. The audio album was launched today at a function held at the Taj Deccan hotel. The function was attended by hero Rajasekhar, Vijayendra Prasad, Srihari, Rana, Dhanush, Aishwarya and Anirudh.

The first audio CD was handed over to Rajasekhar by Dr. Ramanaidu. The movie has been directed by Aishwarya and the immensely popular track ‘Kolaveri di’ is from this movie. Anirudh composed the music for this film and he entertained the guests with a good performance. All the guests expressed their happiness at being a part of this function.