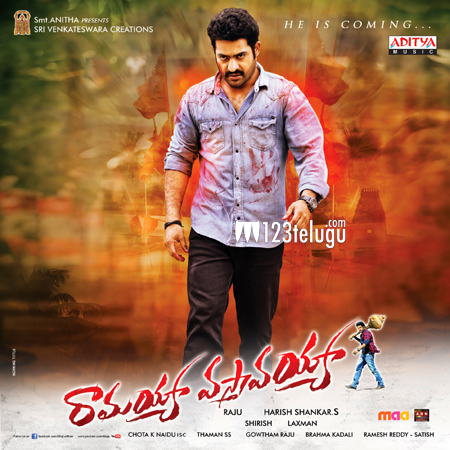 NTR’s fans are in a for a celebration as the audio of his latest film Ramayya Vasthavayya is expected to be launched on 21st September as per the reliable sources. The release date of the film was officially announced by the makers to be on October 10th on the eve of Dussehra.

This time there’s a slight change in the venue of the audio release function. Usually Shilpa Kala Vedika is the chosen destination for audio releases of top stars. However the audio function is expected to be held at Hotel Marriot on the evening of 21st September this time.

Samantha and Sruthi Haasan are paired up opposite NTR in the film. Harish Shankar has directed this flick and is produced by Dil Raju. S S Thaman has composed the music .