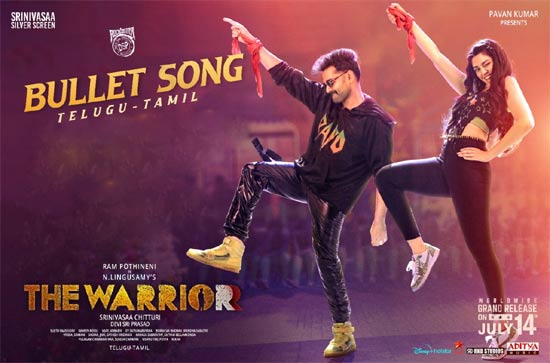 Ram Pothineni is coming out with his new film The Warriorr. Lingusamy is the director for this bilingual. The film’s first single, Bullet, which was released a month ago, recently surpassed the 100 million views mark in both the Telugu and Tamil versions.

This is the first song from South India to complete 10 Billion plays in Moj, Instagram reels, Spotify and ohher streams. DSP’s beats appear to have put everyone in a trance.

The Warriorr will be released on July 14th, 2022. Krithi Shetty is playing the female lead in this film. Watch this space for more updates.