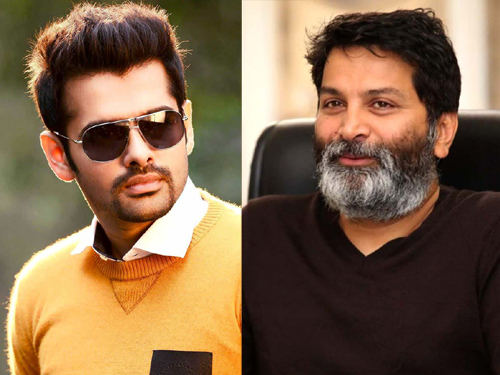 During the lockdown, reports of a possible collaboration between star director Trivikram and hero Ram made a huge noise. During RED’s promotions, even Ram confirmed that he will surely be joining hands with Trivikram in future.

In a latest interview while promoting RED, the film’s producer and Ram’s uncle Sravanthi Ravi Kishore has revealed that a film in the combination of Trivikram and Ram will surely happen. However, the veteran producer also added that the project will kick-start only when Trivikram comes forward and gives his nod.

Trivikram’s next project will feature star hero NTR. The director will be busy with this crazy project at least until this year end. So, the Ram-Trivikram film, if materializes, will be going on floors only in 2022.