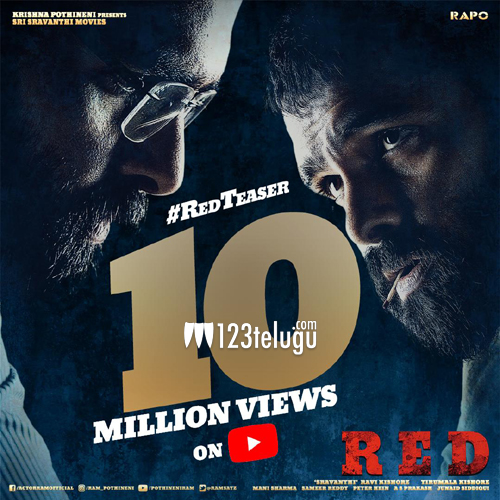 The teaser for hero Ram’s much-awaited suspense thriller, Red, was released on February 28. In a massive feat, the teaser has clocked over 10 million views on Ram’s YouTube channel. The film is an official remake of the acclaimed Tamil thriller, Thadam.

Red’s teaser showcases the film’s main plot in such a unique murder case is being investigated. Ram is the prime suspect and the twist in the tale arises when the cops find out that Ram has a look-alike. Ram’s striking makeover for his dual avatars as Siddharth and Aditya will enthrall his fans when the film hits screens post lockdown.

Nivetha Pethuraj, Malvika Sharma and Amrutha Aiyer will be seen in key roles in the movie. This Kishore Tirumala directorial has been produced by Ram’s uncle Sravanthi Ravi Kishore. Manisharma is the film’s music composer.