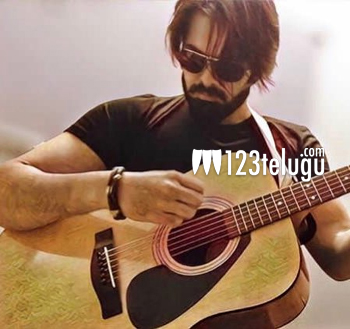 Ram’s upcoming romantic drama, Vunnadi Okate Zindagi, has wrapped up more than fifty per cent of shooting. The first look poster that was unveiled this morning received decent response, and there is a huge curiosity about the first single which will be released tomorrow.

Vunnadi Okate Zindagi’s next major schedule will kick-start in Ooty on August 7th. With the Ooty schedule, the entire talkie part will be completed. The makers will then fly to Italy in September to can a song.

Vunnadi Okate Zindagi is being directed by Kishore Tirumala. Anupama Parameswaran and Lavanya Tripathi are the film’s leading ladies. Senior producer Sravanthi Ravi Kishore is producing this movie in association with PR Cinemas banner. DSP is the film’s music composer.