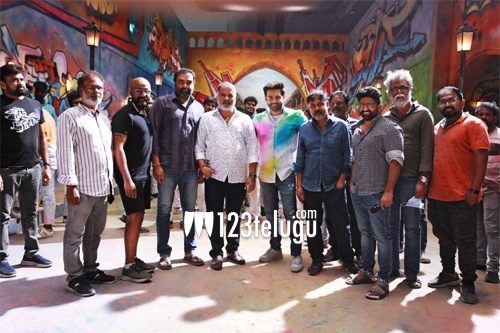 The Warriorr, Ram Pothineni, and ace director N Lingusamy’s upcoming Telugu-Tamil bilingual film has a special song crooned by leading Kollywood star Simbu aka STR. Ever since the song was out, it has become a solid hit.

Now, the news is that the makers have wrapped up the shoot today. With this, all the patchwork scenes have also been wrapped up and now the film is all set for a release on June 14th worldwide.

Aadhi Pinisetty, who is popular in both Kollywood and Tollywood, plays the antagonist in The Warriorr, while Krithi Shetty plays the heroine.