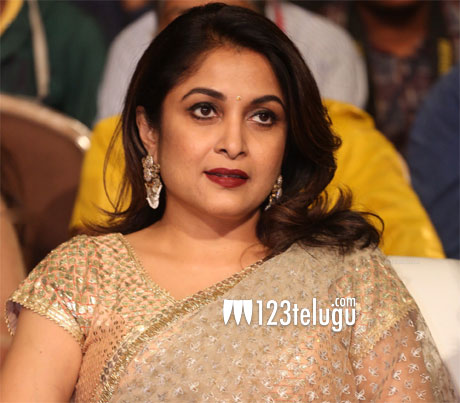 Senior heroine Ramya Krishna has enthralled movie lovers with her powerful portrayal of an egoistic aunt to Naga Chaitanya in the recently released romantic entertainer, Shailaja Reddy Alludu. Fans and critics are all praises for Ramya Krishna’s performance in the movie.

Ramya Krishna celebrates her birthday today and she interacted with media and spoke at length about her future career choices. She said that as an actress her duty is to portray various kinds of roles and that Shailaja Reddy was one such unique role which earned her immense applause. “I am ready to play more ‘Atha’ roles in future, provided the script is goiod,” she said.