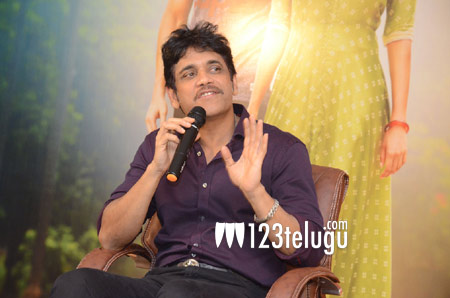 Nagarjuna today, opened about many things in his interview on the occasion of Hello’s release. The star hero spoke about every actor in the film and cleared that he only wanted Ramya Krishna to play Akhil’s mother in the film.

Even though many names were suggested, Nag said that he was hellbent on having Ramya on board. Both Jagapathi Babu and Ramya Krishna play Akhil’s parents in the film.

Hello is up for a massive release tomorrow and the promotions are on in full swing.