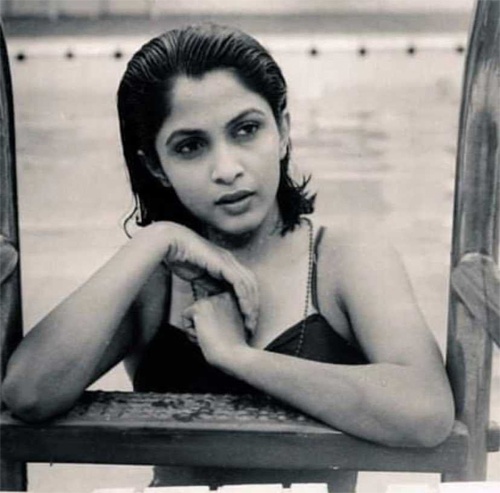 Ramya Krishna is a top actress even after being in the game for so many years. She was known for her glamor in her heydays and youth used to just adore her in the late ’90s.

Ramy Krishna’s glam show was quite famous and there were times when a certain section of the audience used to watch films only for her glamor.

Now, one such glam pic of Ramya has gone viral on social media. Seen here in the picture is Ramya Krishna in a black swimsuit looking young and gorgeous. Well, this pic was when she was new to the industry and became a sensation later.