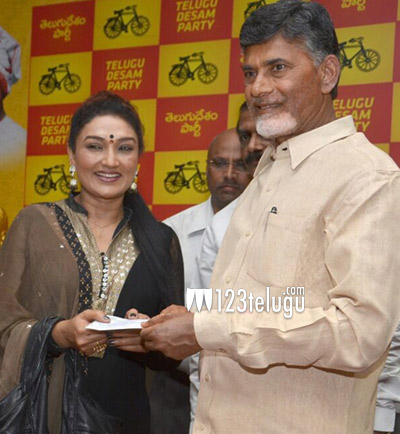 Actress Ramyasri has shown her kind hearted nature. She has donated a sum of one lakh rupees towards the construction of the new capital in the new state of Andhra Pradesh.

Ramyasri met Mr. Chandrababu Naidu and personally handed over a cheque for one lakh rupees. Ramya Sri is not a very commercially successful actress so this is really an appreciable gesture.

A number of celebrities are expected to donate generously towards the development of the new capital.