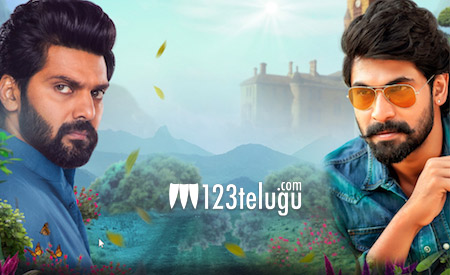 Rajaratham, the much-talked-about romantic comedy produced by Jollyhits, has been making all the right noises, as the film is gearing up for a grand release on March 23. The film has several USPs which will excite the audience, the prominent highlight being the two macho men, Rana Daggubati and Tamil hero Arya.

Interestingly, Rana would be the voice of the royal chariot “Rajaratham,” and Arya would be seen playing a special role, sharing screen space with the lead pair Nirup Bhandari and Avanthika Shetty. Film’s music and direction were handled by the acclaimed Kannada flick Rangi Taranga fame Anup Bhandari.