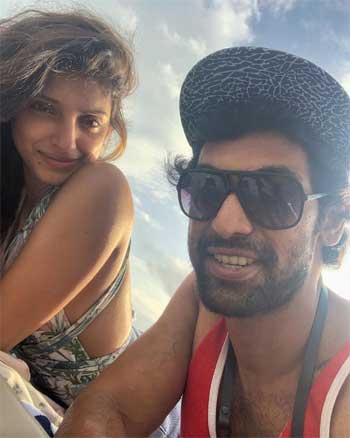 For the first time since they got married in August, Rana Daggubati and Miheeka have shared their first picture together from an undisclosed location. As soon as the duo posted the picture, it led many to believe that the couple are in the midst of their honeymoon in a foreign country.

The couple had gotten married in a private ceremony in Hyderabad soon after the lockdown was lifted in early August, and Rana took everyone by surprise when he announced that he has found his life partner. Miheeka runs a well-known event management company and her family owns a popular jewellery brand.

Meanwhile, Rana is yet to begin shooting for Virata Parvam, which is being directed by Venu Udugula. Although there were plans to resume shoot a while ago, the team decided to shoot Rana’s portion later on. Buzz is that Rana might join the shoot in November.