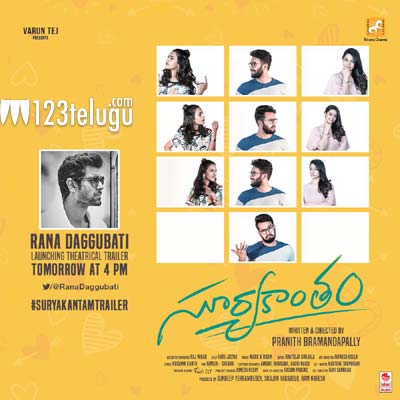 As per the latest updates, hero Rana Daggubati will be unveiling Suryakantam’s theatrical trailer tomorrow at 4 pm. Mark K Robin in the film’s music composer. Niharika’s brother and hero Varun Tej is presenting the film. Perlene Bhesania and Suhasini will be seen in crucial roles in the movie.
Attachments area