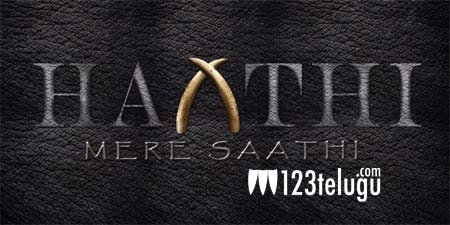 Rana Daggubati is a busy bee. Ever since he took up a key role in Baahubali, the actor has been flooded with offers, and this year has been particularly quite busy for the star. Apart from Baahubali 2, the actor had two more releases – Ghazi and Nene Raju Nene Mantri.

He’s all set to ring in the new year with the first look of his ambitious project – Haathi Mere Saathi. The first look of the film is going to be unveiled on January 1 and the project will take off soon after that. Prabhu Solomon is going to direct the film and it’s said to be inspired from a real story about a man and an elephant.

Currently, Rana is in the US as part of the Hello’s movie promotions.